It’s hard to believe that something could happen so significant that it could replace COVID in the headlines, but it has.

This virus, this smaller than small agent that has altered the way we work, even if we work, our social interactions, our ability to gather has been interrupted…by another charged incident of racial conflict and death.

I’m Larry Szyman one of the pastors of Faith Community. This headline hit closer to home--Minneapolis. This wasn’t Charleston; this is where we work, where we play, the economic engine of our region. And this callous act happened at the hands of those sworn to serve and protect, bringing with it new levels of fear and despair for many.

Many have and will say that George Floyd is dead because Derek Chauvin saw him as a black man, having disregard for him because of their differences. I can see that. I’d like to offer a different take on this--it may seem subtle, but I believe it is vitally important.

Here it is: a failure to see similarities. If this officer entrusted by Minneapolis had seen Mr. Floyd as his equal in worth, dignity and value, he wouldn’t have been treated like he had, even though the law called for an intervention.

What has set off the explosion in MPLS is the differences; what will set healing into motion is similarities.

The inability to see our similarity--our shared worth--is not a function of color or constitution, but theology. Ultimately, the problem is internal and theological--it has to do with our heart’s response to God and one another. In not valuing God and what He says, we don’t value those made in His image.

In the creative beginning it was God who said “Let us make man in our image” and something amazing was set in motion: the ability to create culture and architecture and sport and economies and literature.

Early in our story we strayed from the glory and responsibilities of image bearers. Cain kills Abel and our disregard for other image bearers continues with ups and downs to this very day in this very region.

The title "image-bearer" is loaded with dignity.

George Floyd is dead today, in part, because a person acting on behalf of the state operated out of a different assessment. The wages of this sin-is death.

Perhaps you’re like me--I don’t live in Minneapolis--what about those of us who don’t? How do we live as we are surrounded by image bears? We show our heart’s perspective when we don’t treat others as if they matter to God. Murder is not an act that comes out of nowhere, it’s the fruit of indifference. It starts small: when I dismiss someone; when I’m slow to listen, quick to speak; when I embrace anger. The way of Jesus highlights that murder begins in the heart and when we share, when I share in disregard for other image bearers that makes murder possible in me and in my culture.

George Floyd’s death is a wakeup call for all of us.

Righteous people will generate righteous laws. Righteous laws will only bring about healthy protection if in the hands of righteous people; it’s a matter of individuals and society, micro and macro, the single and the system. The most compelling reason to treat one another with dignity is not the law. It’s not because we’re different, but because we are the same. We all bear THE image.

Mistreating those of another skin color is an affront to God because it attacks His image. We were made for more, we were made for life. We are image bearers.

I hope you find these thoughts helpful as you consider how to live in the midst of a COVID community and local unrest. If so, could you share this link with someone you care about, someone who would benefit? Thanks. We look forward to seeing you again next week for Faith and Life. 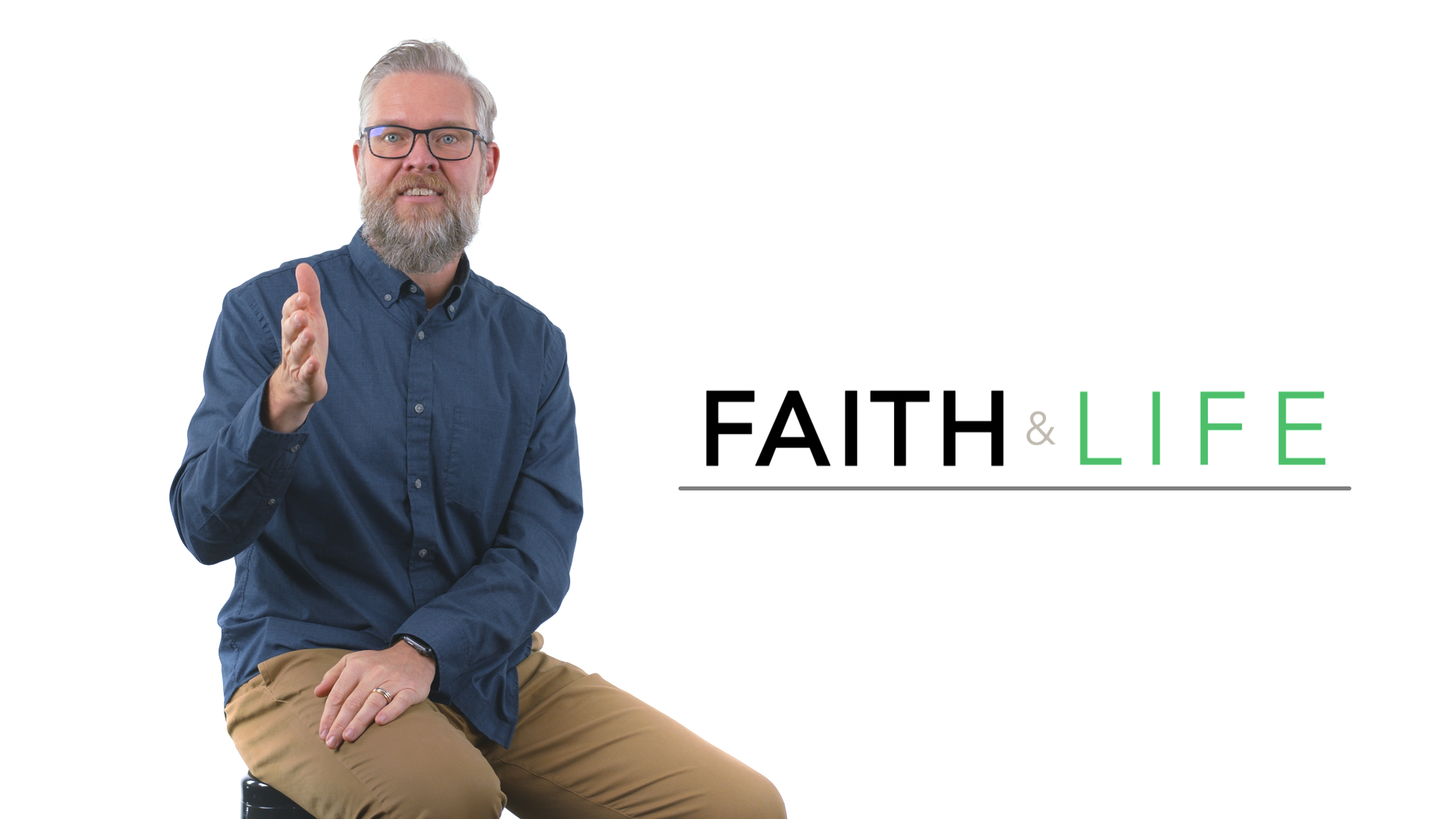 We can approach the future with hope, even if our candidate loses. 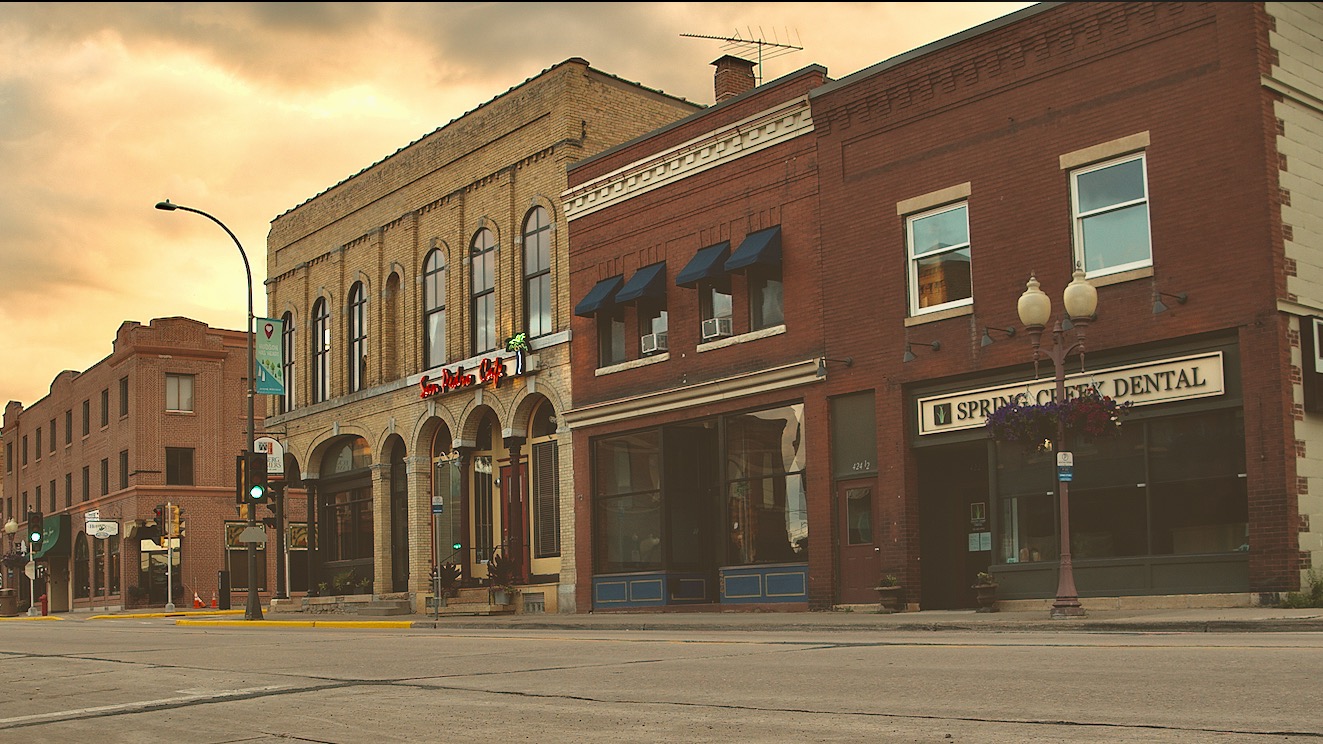 In this week's episode of FAITH & Life, Pastor Larry Szyman takes us on a brief journey to consider our future as a new season of reopening unfolds. Could it be better than the pre-COVID era? Try this exercise. 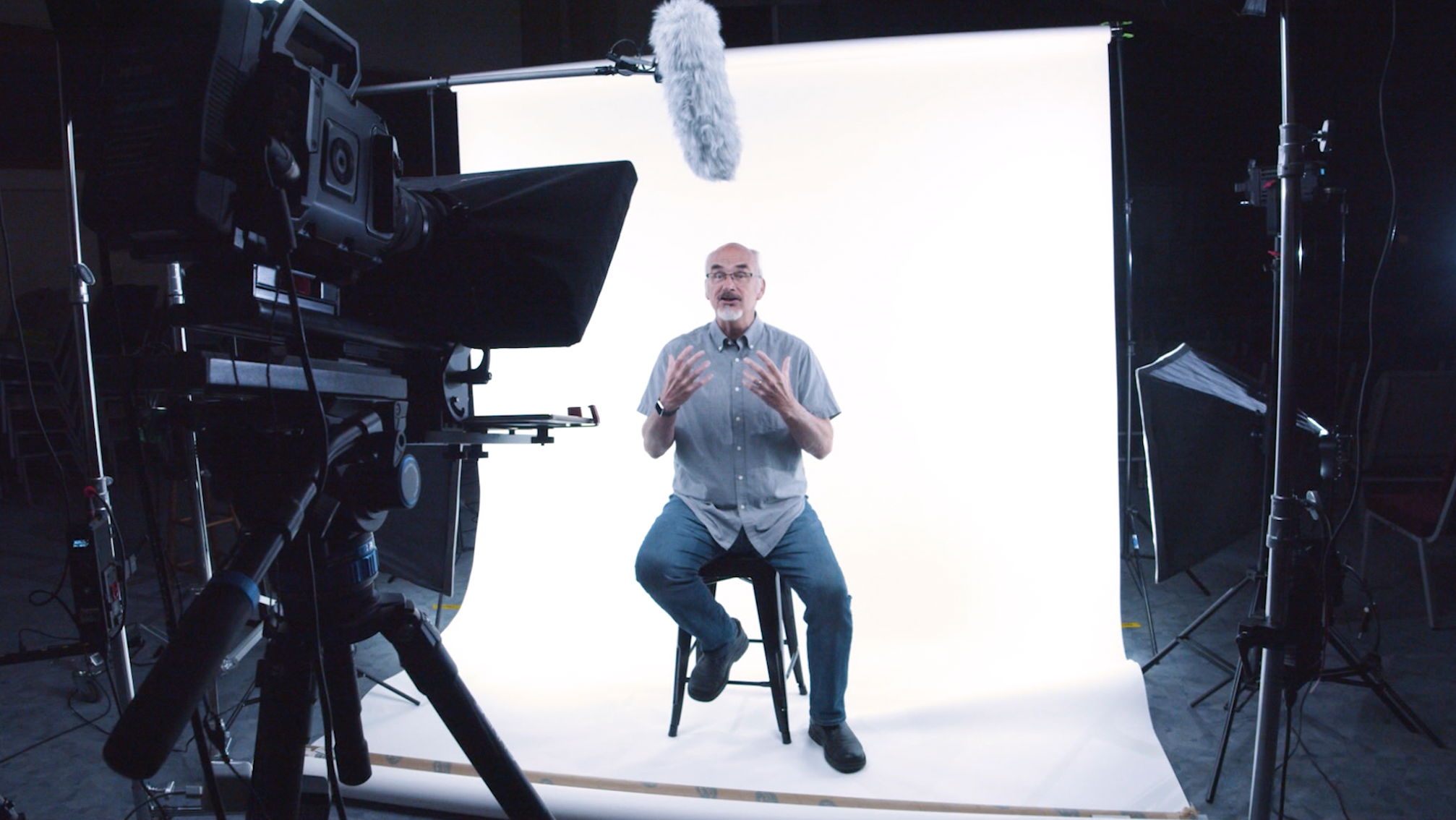 Loneliness is a sign that something is off, because we were made for community. So where is there hope for the lonely? Pastor Larry shares the promise Jesus gives us and the hope we can find in Him. 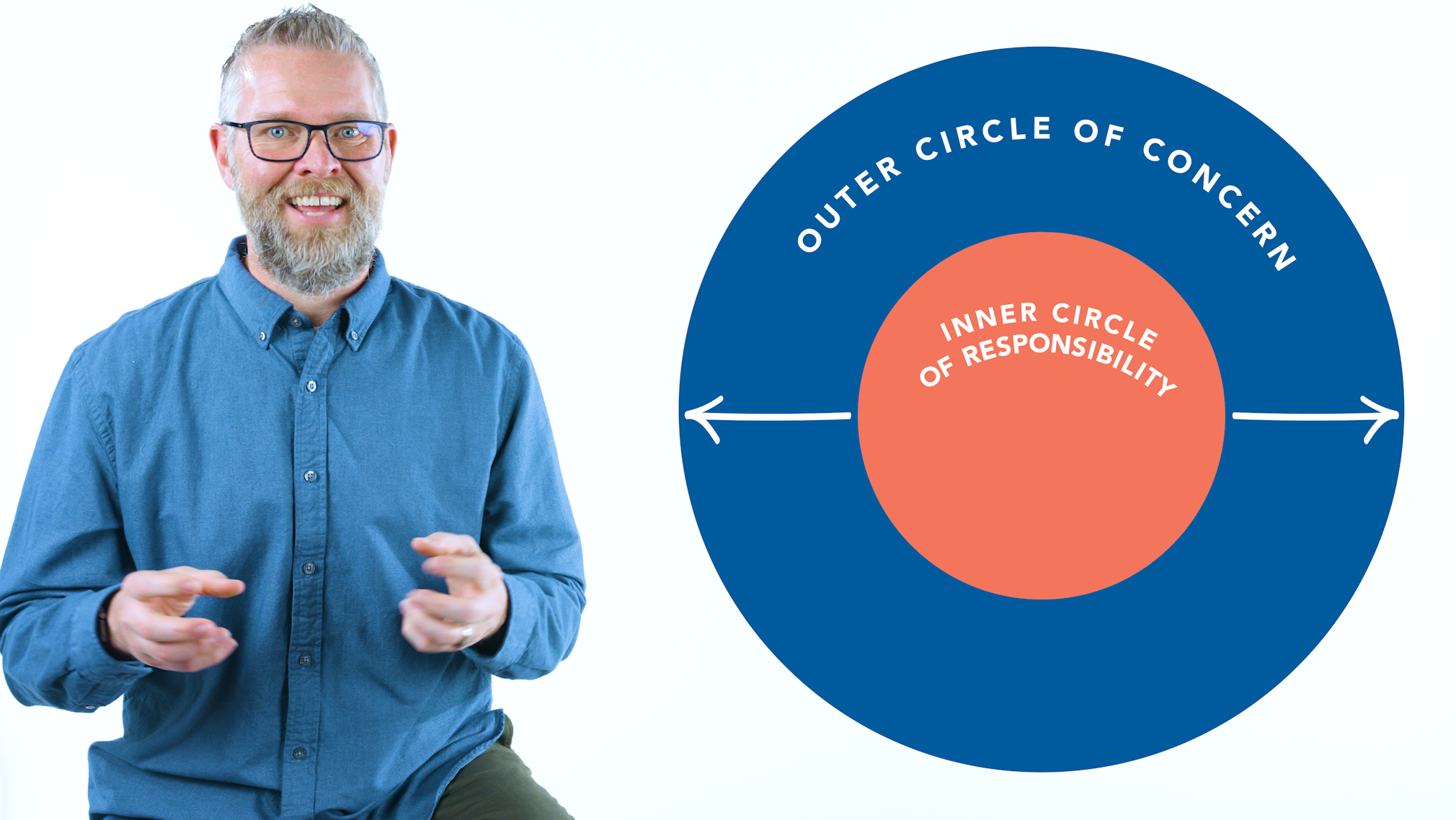 The Illusion of Control

Over the last couple of months, not only have we been confronted with a virus, but we have also been confronted with our illusion of control in our lives. Watch this week's FAITH & Life video, as Pastor Tim Porter shares the invitation Jesus gives us to trust God with the things we cannot control. 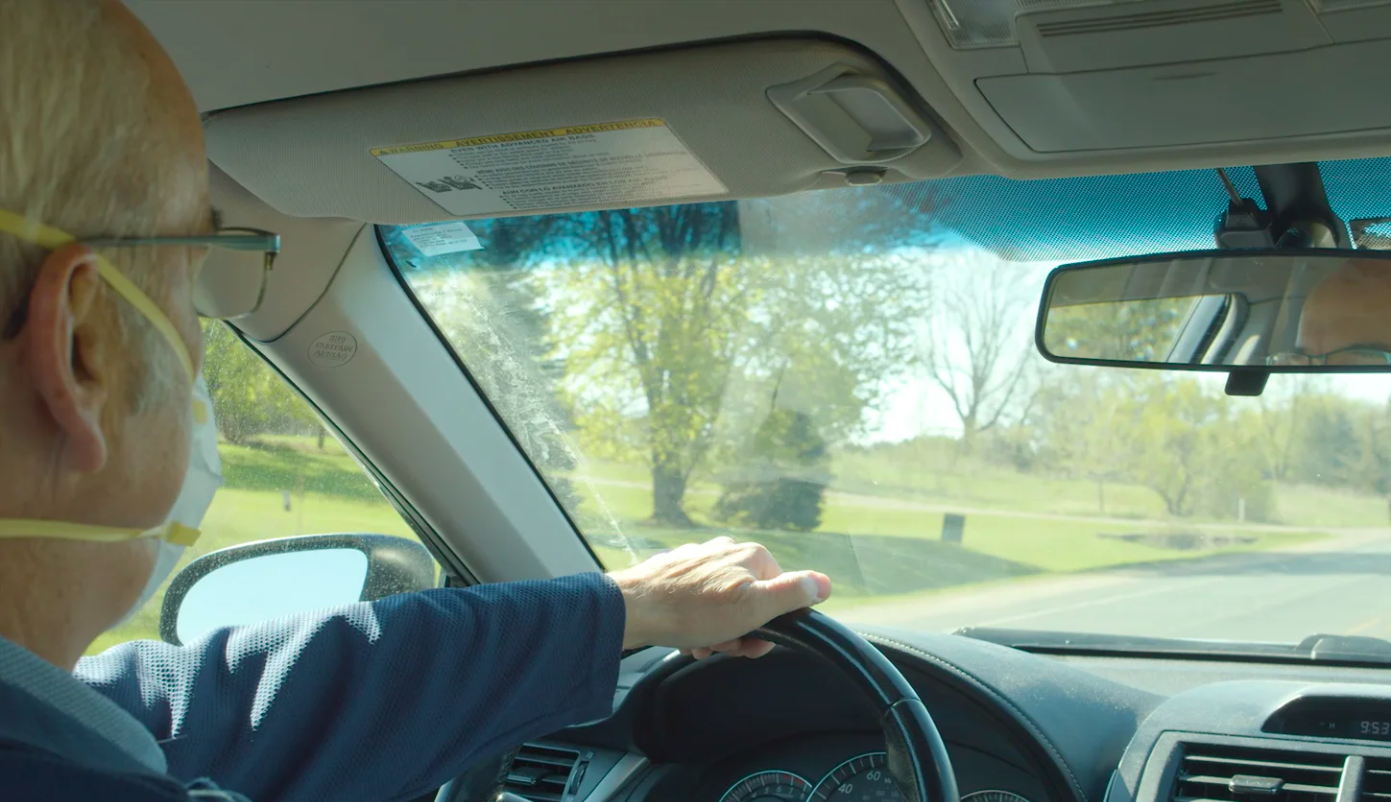 To mask or not to mask, is that the question? Opinions abound on how we should move forward in this pandemic. 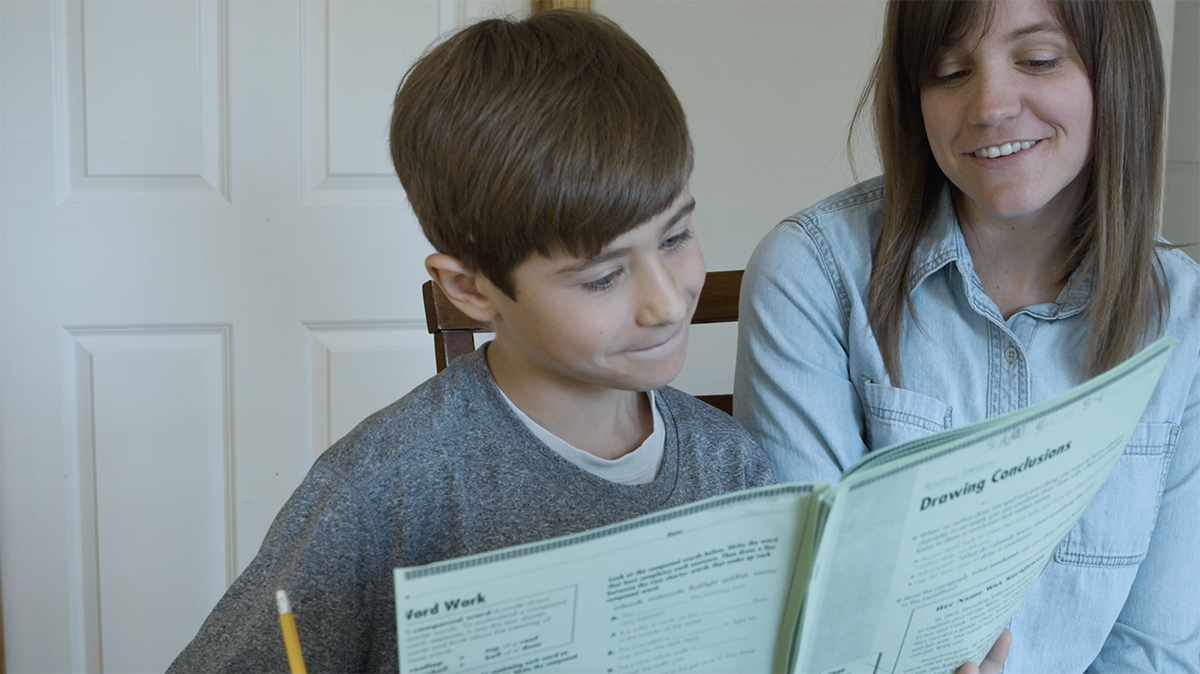 Grace For Teaching Children At Home

Are you finding it difficult, stressful, or downright impossible to teach your children at home? Find encouragement from Shannon Christopher in this week's FAITH & Life video. 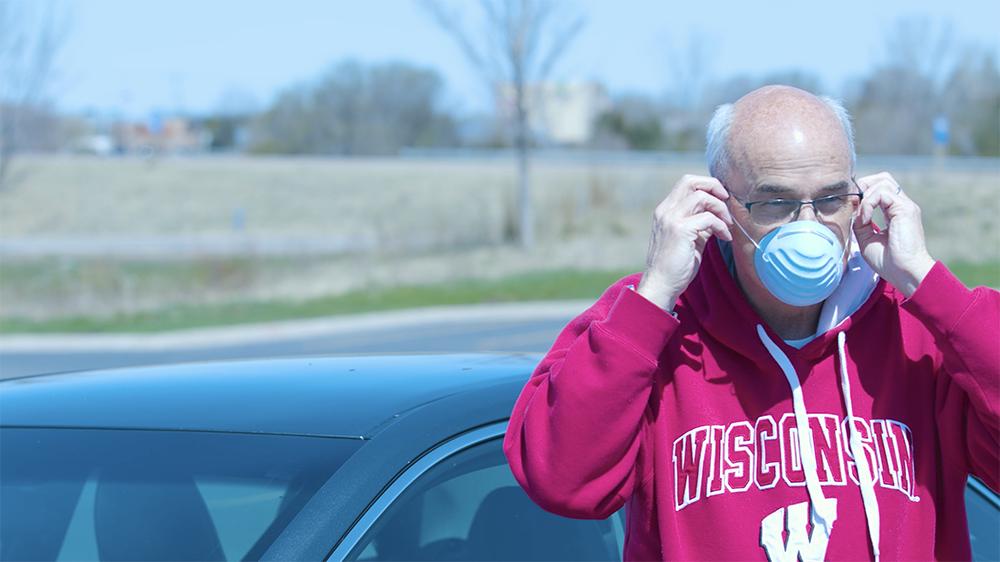 Using Your Frustrations for Transformation

Are you frustrated with all the changes and lack of progress brought about by COVID-19? I think we all are to some extent. But God calls us to use our frustration as a tool of transformation in our lives. 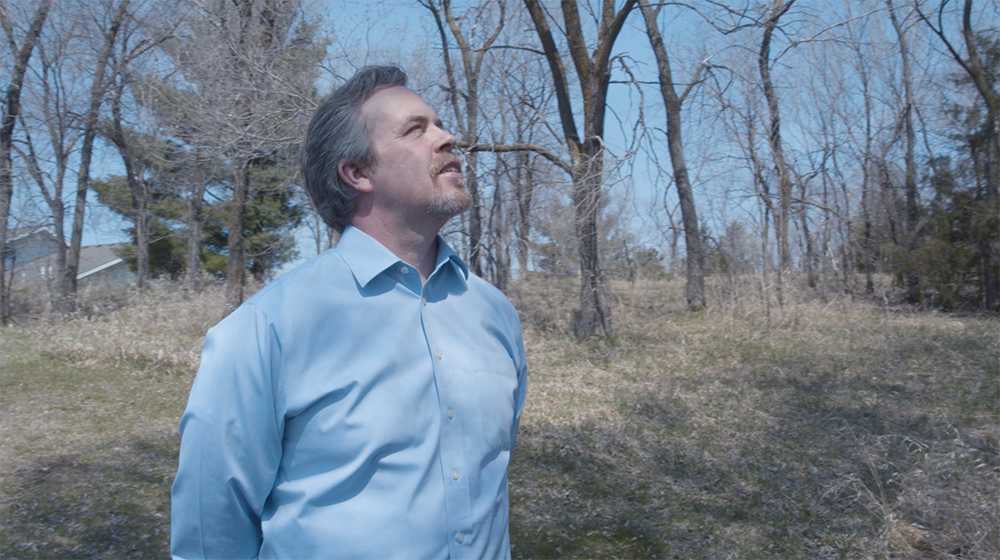 Hope for Your Grief, Sadness and Depression

Struggling with grief, sadness, or depression? Pastor Pat Stream, Pastor of Counseling at FCC, shares the hope that's ours, and invites you to an online event called Faith & Life Conversations. 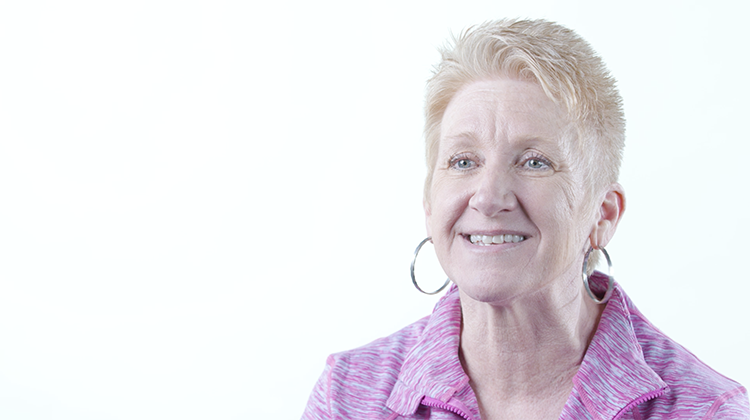 Moms, God Sees You, and He's For You

Moms, are you feeling weary from the abrupt transition to the combined role of Wife, Mom, Teacher and/or Employee? Well, this week's FAITH & Life video is for YOU. Tracy McCutcheon, Director of Women's Ministry at FCC, shares hope-filled encouragement to the worn and weary: "Moms, you’re not alone. You aren’t the first woman who’s felt like this, and God wants to bring His perspective of hope and peace to you." 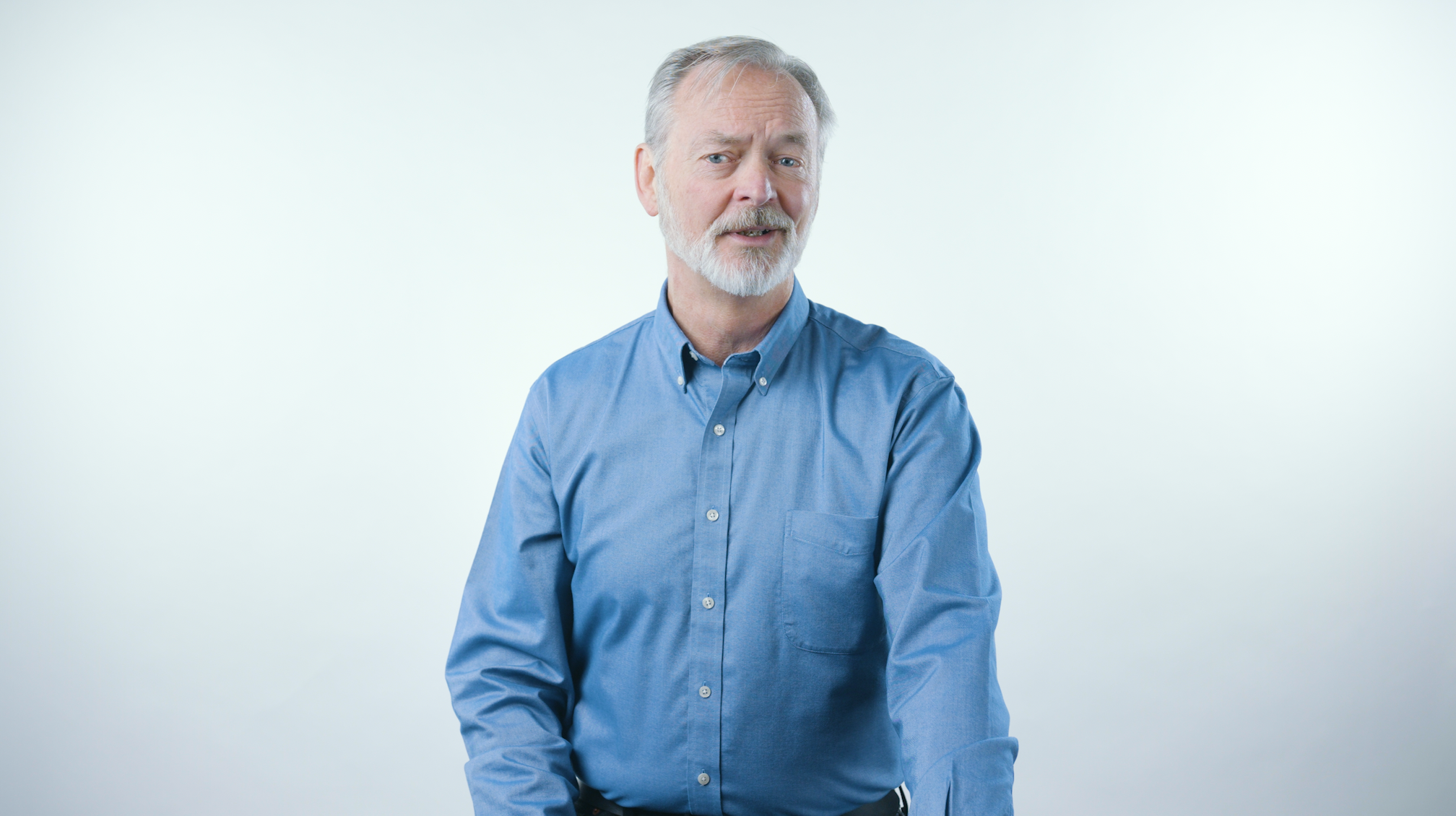 Over the last several weeks, almost 17 million people have lost their jobs in our country. MANY OF US are experiencing this emotional and economic hardship and ALMOST ALL OF US fear that we may be the next to hear our job is gone. In this Faith & Life video, Pastor Steve Holsteen tells us how God brings us hope in the shadow of job loss. 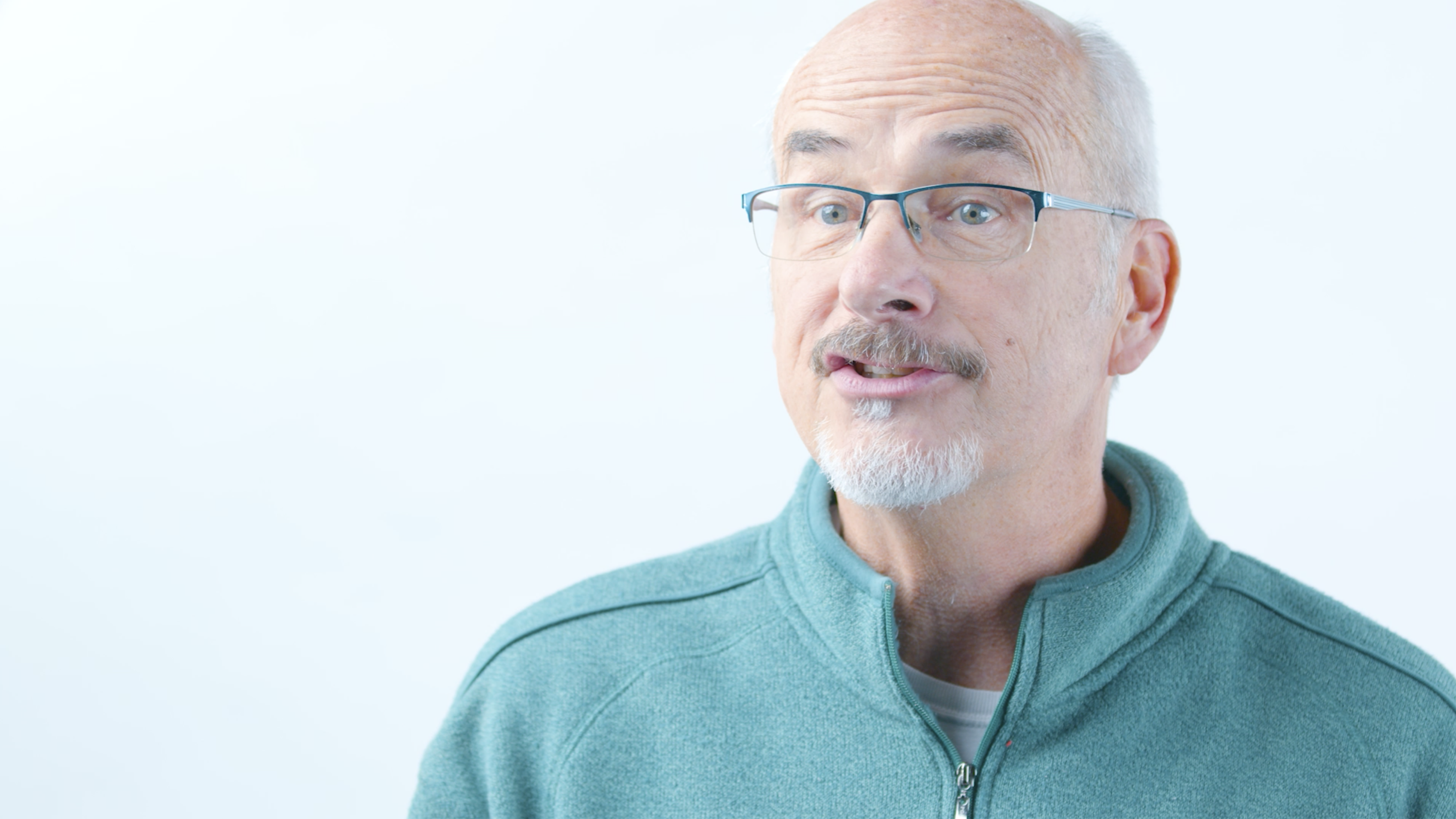 A Hope Bigger Than Life

"Hope is only as helpful as what we are hoping in... our hope needs to be anchored to something more powerful than the things threatening us." In today's FAITH & Life video, Pastor Larry Szyman tells us about a Hope that will carry you through whatever trials you face. 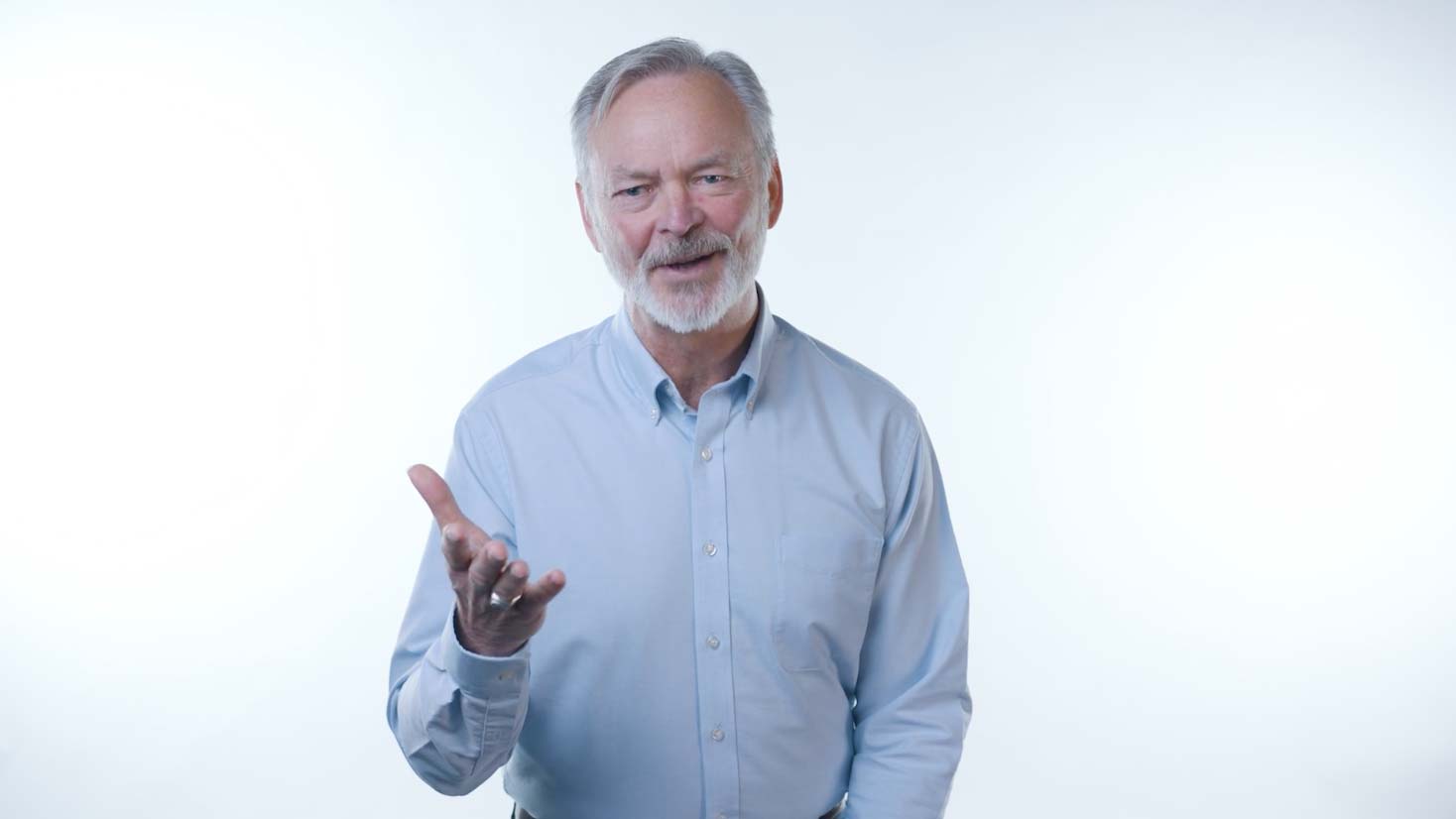 In today's FAITH & Life video, Pastor Steve Holsteen shows us how the Holy Spirit establishes rhythms of relationship and a pulse of purpose in our lives during this time of physical distancing and "Safer at Home." 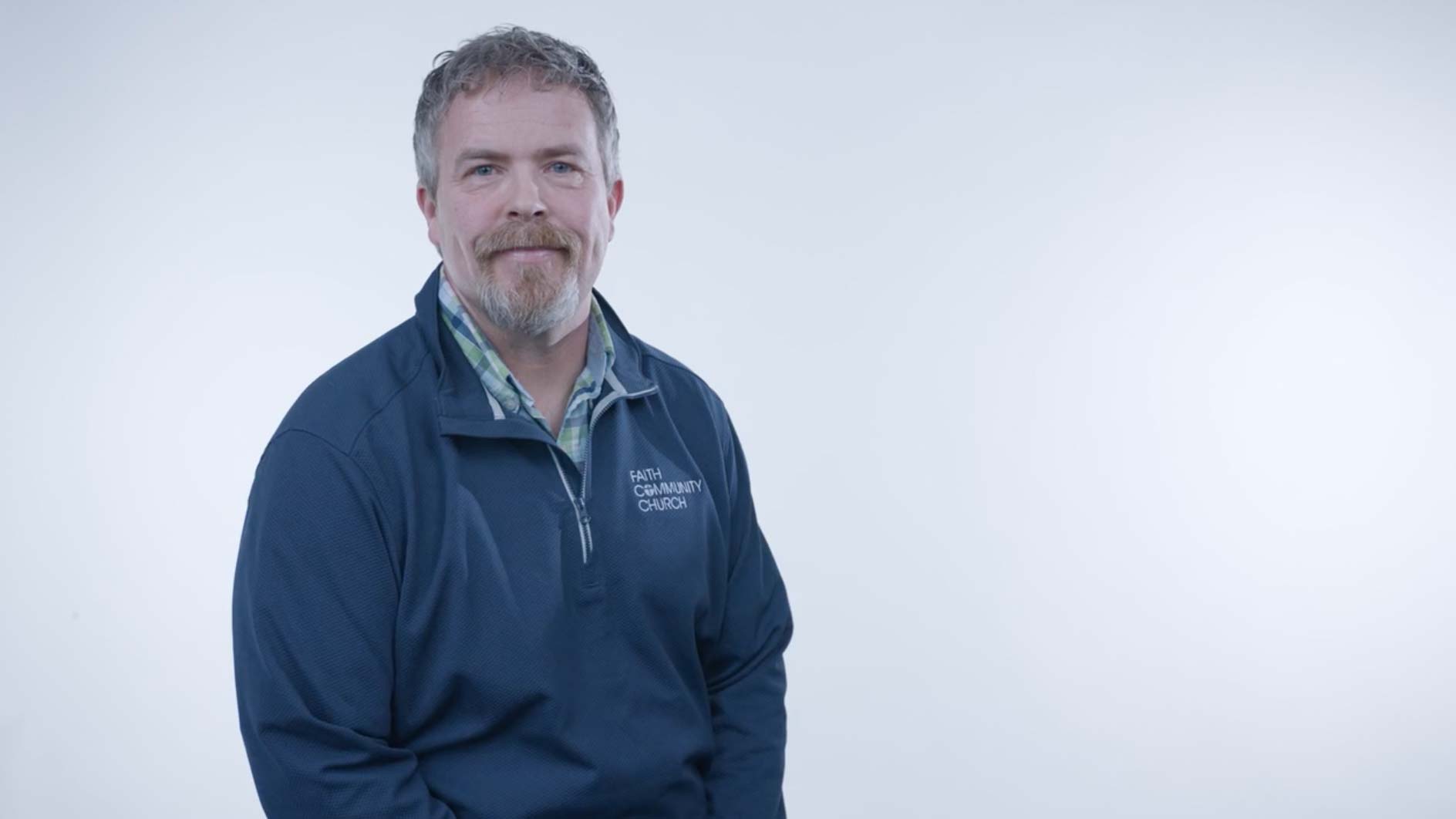 The Peace of God in the Midst of Anxiety

Do you find yourself anxious about the "what-ifs" surrounding COVID-19? In the first edition of FAITH & Life, Pastor Pat Stream shares his journey from the anxiety of the "what-if's" to peace that comes from trusting wholly in God.